Ah, sockless summer! It was the last day of school and every one of us could hardly wait for the final bell and the beginning of summer holidays! School was done for another year. As soon as I got home the first thing done was to kick off my shoes and rip off my socks. The sockless summer had officially begun.

It was 1973 and back in those days shoes and socks were strictly taboo in the summer. We spent a lot of time in the back alley as kids and in those days it was a gravel alley. It took the whole summer to toughen up the soles of our feet but by the end of summer I could run up and down the alley as easily as on a patch of grass cringing only occasionally if I stepped on a sharp rock. Ahhhh, summer as a kid. Freedom, fun, and carefree living at it’s best.

For some reason those carefree days slipped away as did our youth being replaced by rules, regulations, and societies imposed standards of how to act, dress, and be. So very unconsciously we all fell into alignment with what “just is”. For most people sockless summer faded to a memory of a life long ago. As we joined the working world, hoping to land good jobs, and work our way up the corporate ladder we fell in line with what society expected of us, and this included wearing socks. I feel by doing so we gave up a  bit of our childhood; we gave up a bit of our freedom. I believe, as we simply complied to the way it just is, we gave up a bit of ourselves and the world is a little bit worse off because of it.

When I first left university I went through a few jobs until I landed back at the university working with a great bunch of people. The school year of the typical university student ends at the end of April and starts again in September. We had an unwritten rule that went something like this; no socks between the last day of exams and the September long weekend. Sockless summer was back!

Now don’t get me wrong.  It was a very professional organization. We did a number of great things there and one of them was creating awesome experiential learning for 3rd and 4th year students. We provided incredible value to the students and staff of the university as well as many corporate clients, and we worked incredibly hard to do so.

There was tremendous fun in doing so and for those 4 months when the students were gone so were our socks. It was our own twist to casual Fridays. Sockless summer was fun. We reconnected with our youth!  We kicked off the shackles of societies imposed norms! A beautifully freeing way to eliminate building stress and reclaim a feeling of control over our lives.

It has been a long time since I left the university. There were a great many lessons on life I took from my time there but one of the most rewarding was sockless summer. Less about the physical act of going without socks and more about the stress releasing attitude and power reclaiming sense of being that came with it. To this day, and even as I write this, I embrace the carefree way of being that is “sockless summer”. Yes I do put on socks occasionally in the summer but not always when most people would expect it. Most days the socks stay in the drawer.

Perhaps you cannot easily plunge into sockless summer but maybe, just maybe, you can leave the socks at home now and then in the summer while you wear your normal corporate attire.  No one else may know… but you will.  Embrace and experience the freeing rewards of your sockless days maybe leading, once again, to sockless summer!

“If life is a journey, then life’s greatest tragedy is not having enjoyed the trip.”

Enrich your learning further by enrolling in our online courses at One Wave Academy.

Join a community of people who value work-life balance in way that works for each of us at One Wave Global.

Beginning with a degree in exercise science and kinesiology, Brent Haydey has evolved over thirty years as an entrepreneur; building four businesses, and as a health, executive, and life coach.
Learn more about Brent >

Ready for your next post? Check out these related articles: 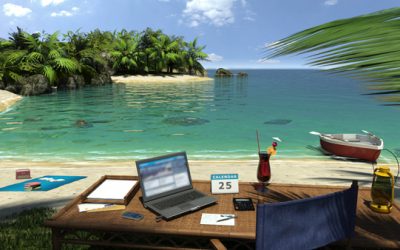 For business owners semi-retirement is simply when your business operates just as effectively whether you are there or not. For career minded professionals it’s a little different. It’s when your compensation is tied to the value you deliver not the number of hours... 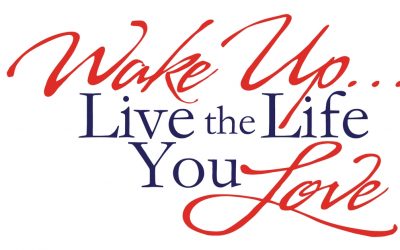 The Annual Summer Wake Up Call

I love summer. I tend to slow things right down in the summer and take time for myself and my family. I use the time to reflect and reconnect with my bigger picture and what matters most in my work and my life. I usually end up being reminded of several things I need...

Happiness, Life’s Too Short For Anything Else!

It all starts with a simple question! Are you happy? I was reflecting on a post about happiness that I wrote way back in 2012 called “Daddy Are You Happy?” after a powerful experience with my, then, 3 year old daughter. It got me focused, once again, on what a perfect...